Gloob released the synopsis for Mega Leech. The translation is as follows:

When Marinette and her friends go to protest against the deforestation of a square in Paris, Mayor André Bourgeois is enraged and is Akumatized. Now Ladybug will have to defend not only the square, but all of Paris.

Gloob also released a short new trailer for Mega Leech. This can be found below:

New Trailer and Date For Protection

New Trailer and Date For Perfection and Emotion

🐞🎬: The German trailer for the film “Miraculous Ladybug & Cat Noir: The Movie” has been released! The film will be released in German theaters in the summer of 2023! #MiraculousAwakening

🐞🎬: According to Cineplex Deutschland on Instagram, the Awakening movie will last about 1 hour and 47 minutes! #MiraculousAwakening 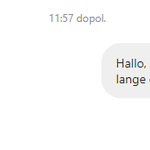 🐞🎬: A small teaser for the Awakening movie has been released! Official trailer releases on December 6th at 4am ET! #MiraculousAwakening

🐞🇺🇸 | Season 5 will finally debut on #DisneyPlus in the USA on December 28th! #MiraculousSeason5 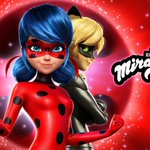