On Instagram, Jeremy Zag announced that a spin off series was planned starring Ladydragon. This isn’t 100% going to happen, but they have discussed it want want to gauge the fandom’s interest in it.

We will have to wait and see if these actually come to fruition!

🐉🐞 Via Instagram, Jeremy announced that there will be a spin off series starring Ladydragon!

🚨 NOTE: This ISN'T 100% confirmed yet, Jeremy's job is send out ideas to the fandom and see if people are interested. And if there is enough demand.#MiraculousLadybug #Ladydragon pic.twitter.com/OFTIFodIZm

⚡️ About the post from Jeremy's IG, it was confirmed by Licensing Russia that separate spin-offs are also planning for Miss Rose (after London special) and LadyLion (after Africa special)

Actually, it was confirmed on the same day they confirmed S6 and S7, but I didn't share it pic.twitter.com/4GEDhZfr1A

Chikara also released a clip of the webinar where this was all released. Apparently everything that was said was not relevant, and the only thing gained from this webinar was the 5 year content plan. You can see it below if you are interested.

Incase you were wondering, Thomas has also come out and confirmed that there is in fact a Season 6 and 7. I didn’t have any doubts since Thomas hinted at a Season 6 and 7 before, but it is good to have official confirmation.

Keep in mind like always, dates are subject to change. Please don’t be mad if seasons are pushed back. This is a 5 year plan so it is natural to expect that in that time things will change.

EXCLUSIVE: Thanks to LR, it's now OFFICIALLY confirmed that Season 6 & Season 7 are green lighted!
👉 New seasons each year: S5 comes in 2022, S6 in 2023, and S7 in 2024;
👉 Some updated info about the Miraculous World events;
👉 ANOTHER MOVIE CONFIRMED – now in production! pic.twitter.com/2aWGDlFMOq

It was shown on Family Channel’s Website that they will be airing the Shanghai Special in English on April 16th at 7pm ET/PT! This is great news for us English speaking fans. This airs one day before “Gang of Secrets” does. The Countdown and Calendar have been updated!

🐞🇨🇦 Family Channel has posted the new date for the Shanghai Special (english dub). It is slated for April 16 at 7pm ET/PT! pic.twitter.com/yEy08qdPX8

Le Figaro got to ask Thomas Astruc some questions about the Shanghai Special! It was translated here. Those questions and answers can be found below.

TV Magazine. – How was born this new adventure?

Thomas ASTRUC. – It all started with the desire to expand the universe of Miraculous a little, which was very Parisian. We thought that we should take our heroes around the world, just to show that there are superheroes on every continent. We started with the New York special, going back to basics when it comes to superheroes, and now we’re visiting China.

Why did you choose Shanghai?

Marinette, the heroine, is a half French- half Chinese, so it made sense for her to explore her origins in China.

Usually, in Miraculous, the city where the action takes place is a character in its own. Is this the case in this new adventure?

Of course. The entire team of writers went to China to visit Shanghai in order to really soak up it and recreate its atmosphere as faithfully as possible. Obviously, it’s so big that we can’t recreate everything, but we hope we were respectful enough to depict it.

What symbolic places of this city can we find?

We could miss the Bund which is this promenade along the Huangpu River, from which you can see the futuristic Pudong district with the Shanghai Tower and the Oriental Pearl TV tower. There is also Nanjing Street, one of the main shopping streets in the historic center of Shanghai.

This is a big development for the series. Starting with the character of Marinette who becomes the Guardian of the Miraculous, even though she hadn’t asked for anything until now. So it’s more responsibility for our superheroine. There’s going to be a new villain, new superheroes, and new places in Paris to discover, including the “Ile aux Cygnes”, which has been reimagined a bit.

Yes, we will continue to expand the Miraculous universe. If possible, we would like all the new heroes that we meet in every part of the world to eventually have their own series.

Disney Channel Spain also released a new promo for the Shanghai Special! It can be found below:

🇨🇳⛩️ Everything to know about the Shanghai special! Maybe important before watching the special. May contain MAJOR spoilers! ⚠️

Family Channel revealed in an email that the Shanghai Special has been pushed back to an unknown date in April. This means that we will no longer get the premiere in English. The next confirmed date is April 4th on TFOU at 8:45am France Time (2:45am EST). The Countdown and Calendar have been updated!

They also released the intro sequence for anyone interested:

🐞🇨🇦 SCHEDULE CHANGE: Family Channel from Canada has confirmed that the Shanghai Special has been delayed.

The next known date for the special (so far confirmed today) is April 4th at 8:45 am (Paris Time) on TFOU/TF1! https://t.co/R07eapHpWX 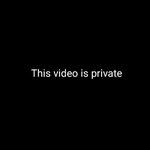 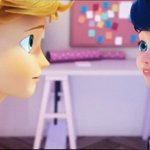 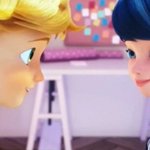 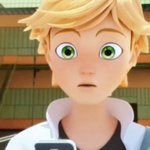