Gloob has confirmed that they will be airing Queen Banana on May 4th and Guiltrip on May 11th. These will both be airing at 7:30pm Brazil Time (6:30pm EST). Even though most of the fandom wants to wait for the episodes to air in order, Gloob has decided to go on ahead with airing the episodes.

Keep in mind that Episode 8 (Queen Banana) is a follow up to Episode 7. It is likely that Zoé will be introduced in Episode 7 so Episode 8 assumes we already know her. We will still understand the story of Queen Banana, it will just feel like we missed something. A very similar feeling to when Party Crasher was released.

The Calendar and Countdown have both been updated!

🐞🇧🇷 Gloob has confirmed they will go ahead with airing whatever episodes they have on hand currently, even if not all previous episodes are finished. As such, they will be airing Queen Banana (episode #8) this upcoming 4th of May at 7:30 pm local time (5:30 pm central) https://t.co/ncJv8ipERd

🐞 Guiltrip is expected to air on May 11th and Queen Banana on May 4th. #MLS4Spoilers https://t.co/hsFJHZcAOM

Ep 8 is a follow up of episode 7. You will understand the story though, it'll just feel like something happened off camera that contributed to events in Queen Banana.

Miraculous Mexico on Twitter announced that the 11th Episode of Miraculous is called Guiltrip, and it will feature the Pig Miraculous! We have seen lots of scenes from this episode with no real knowledge of what episode it was. Knowing the episode title gives us a name to associate with the episode which is always nice!

🐞Miraculous S4 – episode list. *revealed titles!🐞
New title: 411 – Guiltrip 🐷 Thanks, @MiraculousMX
P.S. The title will appear, I will complete the table. After aired, I cross it out in green. pic.twitter.com/4y4sj2U1rn

Gloob has released two new promos for Season 4! You can check them out above! Gloob has been releasing a lot of new clips recently so I wonder when they will air the next new episodes?

The official Miraculous Ladybug YouTube channel has released a new trailer for Season 4 containing lots of new clips! You can watch it above!

Gloob has finished releasing all of their screenshots, so here is a collection of them! We don’t know if Gloob will ever do this again but if they do I will keep you updated! 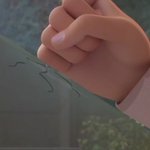 Seeing lots of confusion so, once again:

Sentis...
-Are emotions transformed into living beings
-Can have free will (which can be overridden by their amok)
-Can be human-like (meaning aging, falling in love, having children, etc)
-Are not "things" 🔪 don't be rude